Here are a few random thoughts/observations:

Over New Years Aoife and I spent three nights in New Orleans. These were nights two, three, and four that I’ve spent away from the AdventureMobile since I started full-timing about 16 months ago. Our room had a nice shower, as nice hotel rooms often do.

Now I’m not going to tell tales from the shower, so get your mind out of the gutter! What I do want to mention is Holy Flood Batman! that shower used a lot of water!

It’s not that our shower used an inordinate amount of water, as showers go. It was just a standard residential shower head. But compared to my RV it does.

According to the USGS the average American uses 80 – 100 gallons of water per day. 3 gallons every time you flush the toilet. 2 – 5 gallons per minute you are in the shower.

I spend a fair bit of time dry camping where I have to rely on the water in my fresh water tank. Winnebago says my fresh water capacity is 80 gallons, but that includes the 6 gallons in the water heater, which isn’t really usable once the 74 gallon fresh water tank is empty. So 74 is my number. I’ve gone 10 days and still had a bit of water in the fresh tank, so I can get by on something less than 7.4 gallons per day. That’s all my water for cooking, drinking, bathing, washing dishes, and flushing the toilets. And I’m no extraordinary boondocker. I know folks with much smaller fresh water tanks that go longer than me.

So when I find myself in an environment where water is used so profligately, it really makes an impression. Firstly, it’s luxurious as heck! I can stand in that shower as long as I want. And secondly, it seems so wasteful!

Okay, on to random observation number two. I’m leaving Louisiana in a couple of weeks and heading back to Livingston, TX. Livingston is my “home” and that’s where my doctors are. First I’ve got to revisit my PCP so he can give me the results of the lab work he ordered when I had my physical back at the beginning of November. Of course this is the digital age so I’ve already seen my lab results online, but it won’t hurt to talk with him. And a couple days later I’ll see my ophthalmologist.

The day after that I leave for West Texas. First I’m heading to Seminole Canyon State Park to check out the rock art there, then on to Big Bend National Park, assuming it’s open. But I just realized I didn’t leave any time in my schedule to get new glasses if the ophthalmologist changes my prescription. I’ll have to figure that out if necessary. After Big Bend I’m heading to Quartzsite to get some electrical upgrades done to the motorhome then down to Yuma so I can cross the border to Los Algodones to see the dentist. So maybe I could get glasses in Mexico as well.

I’ve been a resident volunteer here at Black Bayou Lake National Wildlife Refuge since the middle of November, but the USFWS is part of the Department of Interior, and as such it is affected by the partial government shutdown. So the refuge staff has been furloughed, with the exception of the one law enforcement officer who has to cover 5 refuges. The Visitor Center is closed and all of our public programs have been cancelled. Fortunately we’ve been allowed to stay here so I’ve still got my free site and utilities. Thank you US taxpayers! And if the shutdown ends I’ll be able to do some more work in exchange for these benefits. But if the shutdown drags on for a couple of more weeks then I’ll be leaving before things get rolling again.

I’ve got some chores to do before I leave here. I’ve got to change the oil in the motorhome and grease the front end. I’ve also got to fiddle around some with the valve extenders they installed when I had the new tires put on in September. And the car is in the shop right now getting the suspension checked and having the motor tuned up and the transmission serviced. I expect to be traveling right through the summer so wanted to get this all done while I’m in one place long enough to be able to ask around and find a good place. 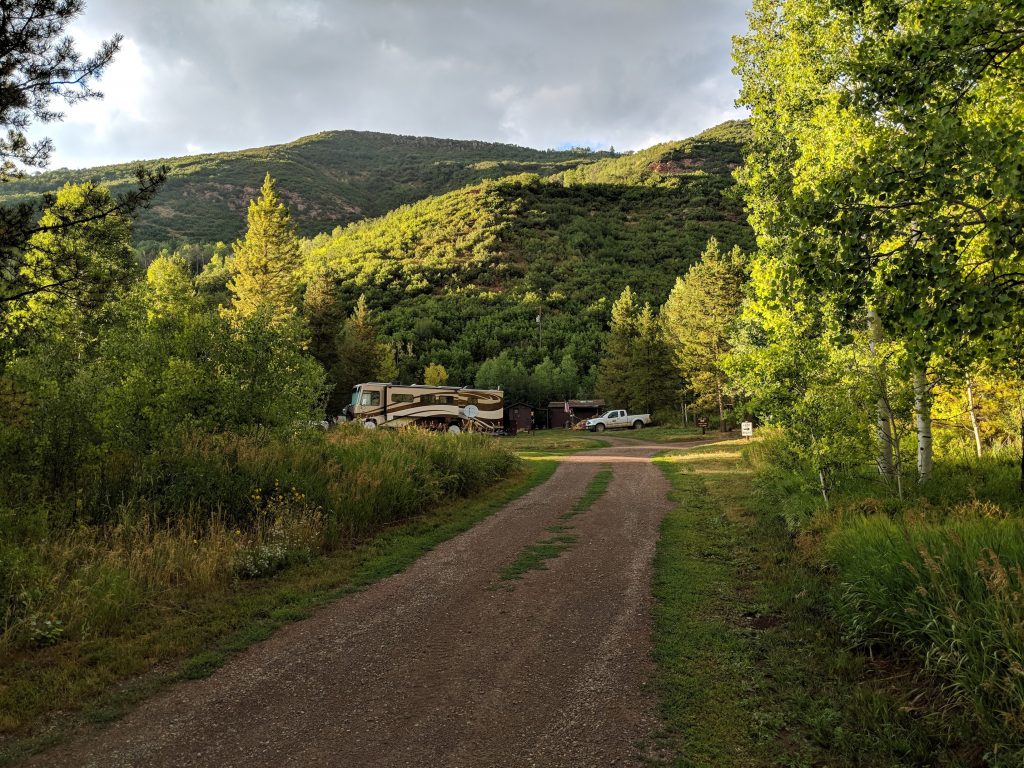 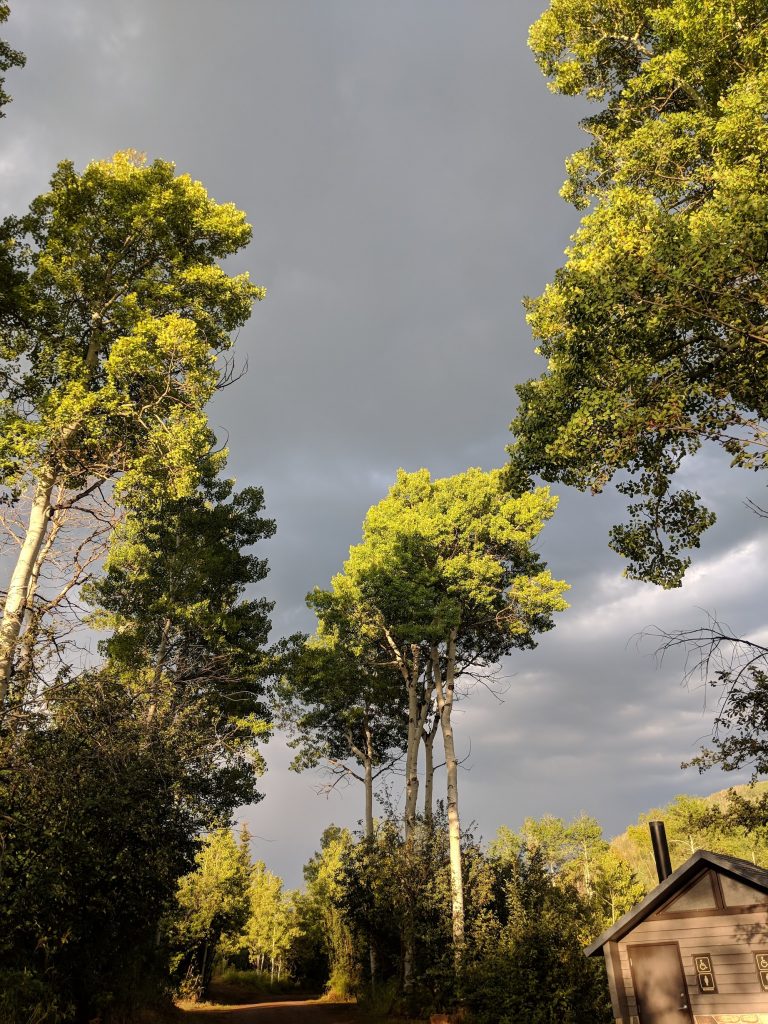 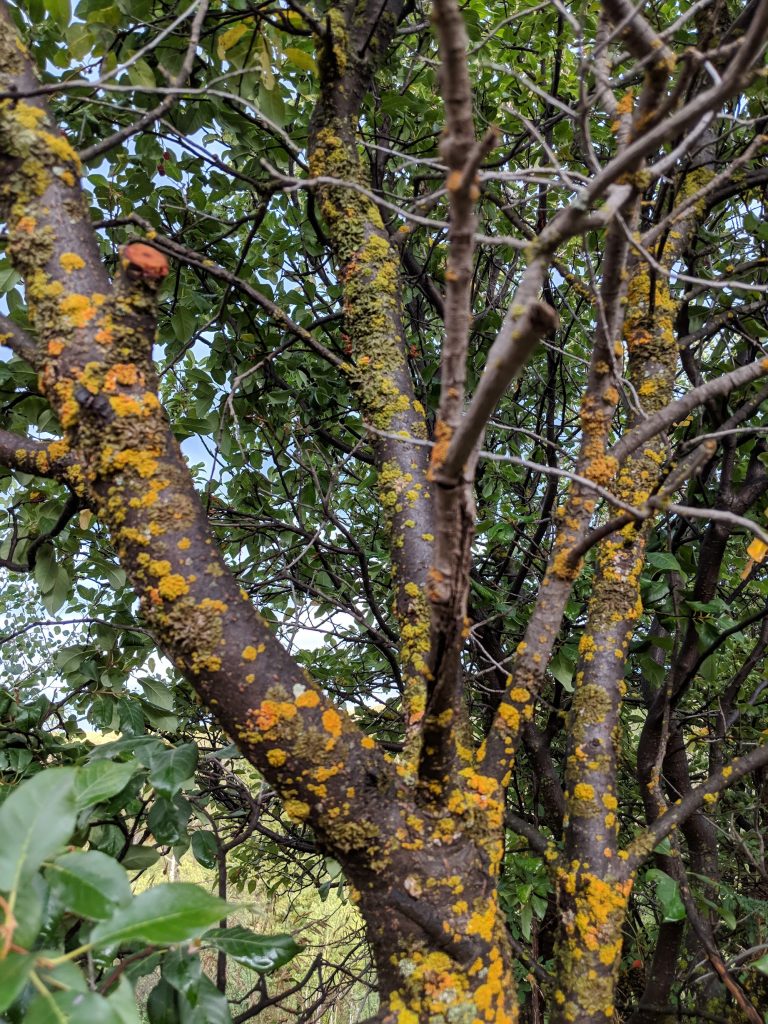 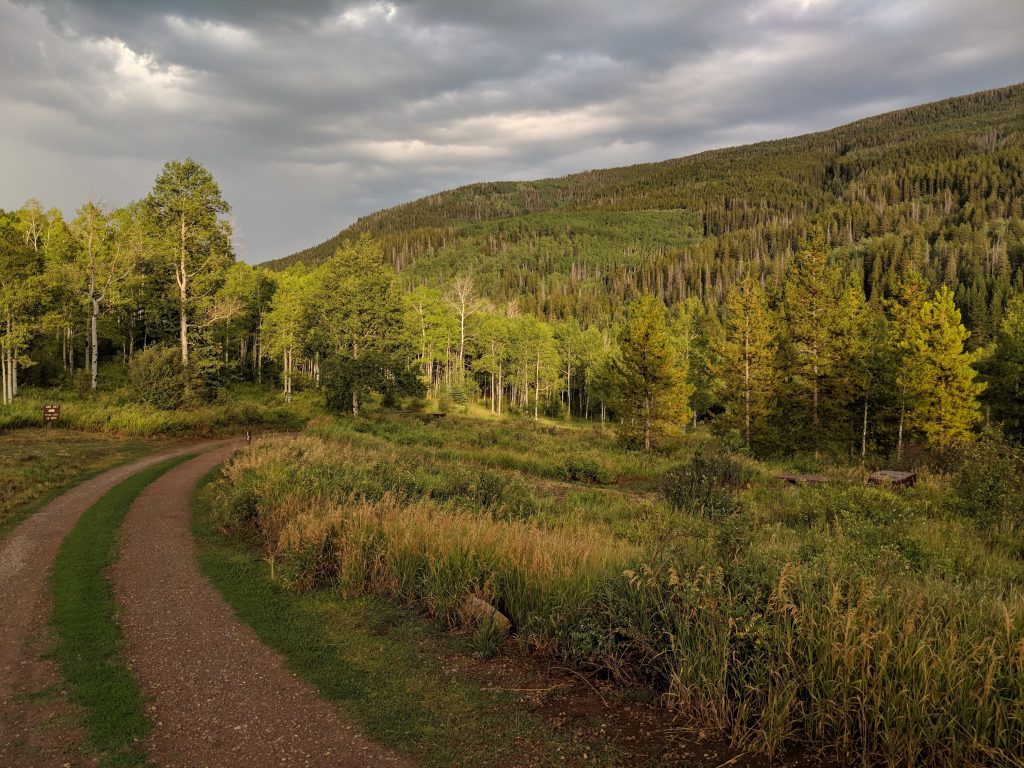 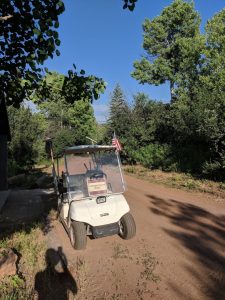 I am about halfway through my very first workamping job, and I thought I’d share a few random thoughts on the experience. I am working for a private company that operates Forest Service campgrounds in the White River National Forest, among other places. I work as a camphost for North Fork Campground, and as an assistant to the guy responsible for maintenance at about a dozen campgrounds in the area.

When I took this job there were a few things that concerned me: